NDTV had moved its 4 channels on STAR DEN Network in last month. 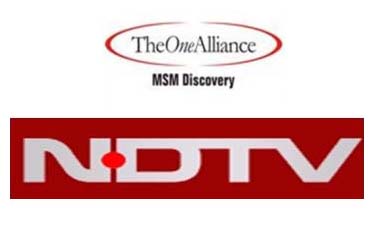 NDTV had moved its 4 channels on STAR DEN Network in last month.

The Delhi High Court has rejected MSM Discovery’s plea challenging termination of agreement by NDTV for airing of its channel on the grounds of lack of trust and faith in the relationship and loss of business opportunity and finance.

New Delhi Television Limited (NDTV) had moved its 4 channels on STAR DEN Network in second week December 2010. Earlier, these channels were present on MSMD’s network One Alliance from past 7 years. MSM Discovery had challenged the decision of the sectoral tribunal TDSAT in Delhi High Court which had also rejected its plea for restraining NDTV from terminating agreement for channel distribution.

Justice S Muralidhar said that the broadcaster has failed to make out a prime facie case in order to get relief.

The court rejected the contention of MSM Discovery that if compensation for breach of contract would not be an 'adequate relief' then it should issue direction for continuance of the contract.

The court further said that where any party to an agreement was not willing to continue its contract, then it was not possible for court to order for its performance at this stage.

MSM Discovery, a joint venture between Multi Screen Media and Discovery Communications, and NDTV had entered into a distribution agreement in 2003. The contract was renewed in 2005 and 2009 for a fixed term fee and it was to expire on March 31, 2012.