Neo Cricket and New Sports are now available on all DTH platforms in India. 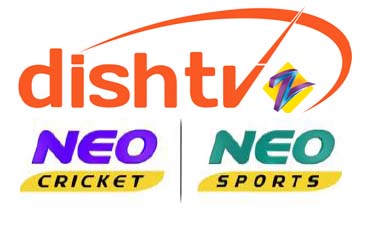 Neo Cricket and New Sports are now available on all DTH platforms in India.

NEO Cricket and NEO Sports are now available on Dish TV, India’s largest direct-to-home company and part of the biggest media conglomerate, Zee Group. Dish TV has a strong national presence and with over 32% market share. With this agreement NEO channels will now be available on all DTH platforms in India.

R.C. Venkateish, CEO, Dish TV, said, “The biggest season of cricket is upon us and we are delighted to add the popular NEO channels on our DTH platform. This initiative will enable all our 8 million subscribers to enjoy the best of sporting action. At Dish TV, we are always innovating and exploring new opportunities to bring wholesome entertainment to the masses. We are hopeful of further enhancing our reach amongst sports enthusiasts across the country with this addition.”

Commenting on this Prasana Krishnan, COO, NEO Sports Broadcast Pvt. Ltd said, “As the most widely distributed sports bouquet in India, we are extremely delighted to partner with India’s leading DTH service provider- Dish TV. With this alliance NEO channels will now be available to an additional 8 million Dish TV subscribers. We look forward to a fruitful relationship with Dish TV in providing exciting sports action to their subscribers.”

NEO Cricket became the No. 1 sports channel for the year 2008 and 2009 (as per TAM data) and over the next few months will showcase more India international and domestic cricket than ever before shown on any sports channel including India v Australia, India v New Zealand, Challenger Series; Irani Trophy; Ranji Trophy Premier Cup for Vijay Hazare Trophy and All Star Series for the Deodhar Trophy.