Indian Documentary Producers Association honours the agency for Maruti SX4 TVC ‘After You’. 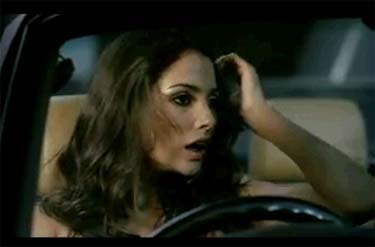 Indian Documentary Producers Association honours the agency for Maruti SX4 TVC ‘After You’.

LOWE Lintas known for its creative and insightful work has bagged Gold for their work done on the Maruti SX4 TVC ‘After You’ at the Indian Documentary Producers’ Association (IDPA) award for best editing in advertising for the year 2009.

The TVC was a part of the communication campaign that was developed to launch the new SX4 fitted with advanced VVT engine. Positioned as the car that delights the man in every gentleman, the SX4 is a premium sedan from Maruti Suzuki India Limited.

The SX4 TVC is seamless and engaging in its flow, which is a testimony to its superlative editing. The storyline posed a strong challenge to the filmmakers as it comprised of 6 different situations, all of which, including the car shots, were filmed during night – a first at Maruti. And all of this was brought together beautifully in a 40 sec edit.

Founded in 1939 as a part of Hindustan Unilever, Lowe Lintas is one of India’s largest and most storied communication groups. Lowe Lintas is headed by Chairman & Chief Creative Officer R. Balakrishnan (Balki) and CEO Charles Cadell. The company employs over 650 people across eight divisions and eight cities all over India.

Today, Lowe Lintas India is a wholly owned subsidiary of the Interpublic Group, and one of the star offices in the Lowe Worldwide network. Headquartered out of London, Lowe Worldwide has 72 offices in 49 countries and a client roster that includes Unilever, Johnson & Johnson, Nestle, Ericsson, Sharp, Saab and many more.