Kenny comes from Ooty. Owing to the cold weather there he had never seen a refrigerator till he came down to Bangalore, when he was twenty five.

Kenny had worked earlier in Ooty as a salesman in a five star hotel store and spent most of his time being rude to Bollywood stars who’d come to the hills for a film shoot. Every time they liked a particular thing in his store he’d tell them it was for display only and not for sale. He also pretended to not know their names or the fact that they were celebrities. Thanks to their over bloated egos, this pissed off the stars no end, much to Kenny’s amusement.

Kenny got to see, for the first time, fridges and ACs and fans and miniskirts and other things found in warmer climes once he came down to Bangalore. He also saw an ad (not for the first time) and decided he wanted to get into advertising. Which he did. It was like love at first sight.

His brand of advertising was, and continues to be, rare. Kenny believed/believes you should create brilliant, witty, intelligent, effective, perfectly crafted and art directed advertising on every brief you get from the client. (Agencies normally reserve this kind of passion for special ads that are printed in microscopic sizes in obscure papers just once and that are tailored for awards. So rampant is this practice that we even have a name for it – scam advertising.) Anyway Kenny got into advertising and in no time at all managed to change the way we approached advertising in India. Suddenly people began to work with a lot more passion and honesty, dumb celebrity advertising became a thing of the past, ads were suddenly full of wit and charm and intelligence. The golden age of Indian advertising had dawned under the brilliant leadership of Kenny.

Of course, none of the above ever happened. Instead advertising continued being its old 'mostly absurd and occasionally tolerable' self. And what did Kenny do? He had a ball.

Kenny, another friend and myself decided if we couldn’t beat the system, we’d at least have a good drink. Which we did with liver-busting regularity. We partied nightly. Kenny acted as our Cupid in crowded pubs. The role suited him perfectly not so much for his nature as for his stature. At 5.5’ his ears could be placed precisely adjacent to the average girl’s steadily jabbering mouth, thus enabling him to hear her with Dolby clarity.

According to Kenny, the secret of tapping a girl is listening to her. Kenny would listen to the 5.4’ beauty then guide her us-wards. Given the noise levels in a pub, we could never figure out a word of what she was saying. For the very same reason, these girls could never hear us either, and so would never know that we had no wit, no intelligence whatsoever. Which worked wonderfully in our favour. Thus Kenny provided us with effectively deaf and dumb company. And plenty of laughs.

Once in a pub in Bombay, we saw a touching scene of a young man having an innocent pint with what appeared to be his recently-acquired wife and simultaneously-acquired father-in-law. The latter being a cute elderly gent of eighty or so. We were sitting at the next table. Kenny turned towards me and said, ‘See that guy there? They’ve bought him out for his last drink.’ After that I couldn’t look in their direction without cracking up. One night, fortified with an adequate amount of beverages, Kenny went down on his knees and proposed to his sweetheart of many years, who of course accepted. They went on to become a happy couple. (They recently extended the Hereford lineage, by having the stork home-deliver a baby boy.) Kenny's marauding days ended. But his angst regarding the standards of Indian advertising continued.

So a year or two ago, Kenny resigned from his agency, sold his car, his furniture (according to him, he was about to sell his house too, but then realized he was staying in a rented apartment) and flew off with just wife and a handful of dreams to the Caribbean to see what life would throw him. It was very much Indian advertising’s loss. Because did I mention, Kenny is one of the finest writers I’ve known? Every word he wrote shone with talent and sincerity. And wit. To wit, here’s a line he wrote for a Valentine’s Day ad for a jeweler: 'IF YOUR GIRLFRIEND DOESN'T LISTEN TO YOU, GET HER A HEARING AID.' The picture next to this caption showed a earring dangling from a girl’s ear.

Kenny was going to teach the Caribbeanos English. The idea never stood a chance since all they knew was Spanish and all Kenny knows is English. One day in Santa Domingo, Kenny was walking down a road and saw a board that said Ogilvy & Mather, he stepped in and was soon the only Creative Director in the Caribbean without any Spanish. Very soon though he picked up important Spanish words like pub-o, beer-o, food-o and what price-o. And had mucho fun-o. For 6 months Kenny taught the people there little known things about our culture (like Ganesha is Hanuman’s son, Shiva used to live in a hippie commune, elephants cost Rs. 300 in India, so everyone has one, and Indians are very chilled about sex, you can do it anywhere, people are constantly doing it in malls, bus stops, barber shops, offices, roads, post offices, that’s why we have such a large population – 24/7 copulation.) Then one fine day, he was back in India. He joined a creative boutique, Fisheye. Now he’s out of there as well and is as madly in love with advertising as ever. He recently launched his pet dream, the Hereford Academy of Humour in Advertising – HAHA.

*Views Expressed here are personal. The writer can be reached at dejoshi@hotmail.com

**Deepak Joshi Strayed into advertising after briefly pursuing the following professions - beach bum, painter, waiter, hawker, transport company clerk, mechanic, tutor... He has had stints in Contract, McCann, Saatchis, Euro RSCG and Madison. He recently left O&M Bangalore as Senior Creative Director. His ads have been lucky enough to win many local awards and a few international ones. 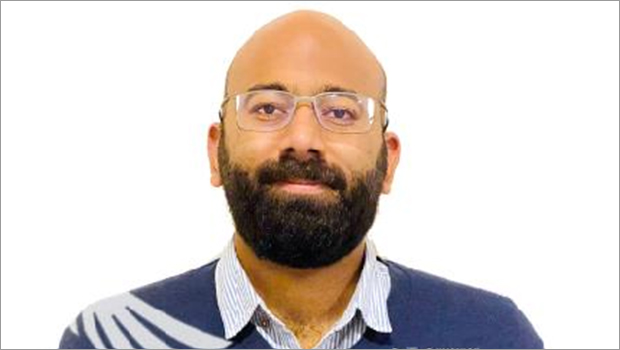